The next update will introduce a new map and a TON of new skins! We’ve got a lot of cosmetic content coming up on July 20th. Here’s the lowdown!

To start, we’ll be sprinkling the campaign with some well-earned rewards. Now, you can earn new player portraits as well as exclusive Elite skins upon completing certain campaign missions. The campaign menu screen has gotten a bit of a revamp, too, so you can see which rewards you’ll receive before you embark on a mission.

Don’t worry - if you’ve already completed the campaign, you’ll receive all rewards upon your first login after the patch goes live!

On top of the campaign reward skins, we’ve got plenty more coming your way!

This patch will introduce four new skins, a revamp of the Imperial Knight Paladin’s mastery skin, and eight skins that will allow you to customize the colours of select Elites. These “Customization” skins - as we’ve been calling them - will let your Elites sport your chosen Army Painter colours so they can lead the troops in style. Each of the new skins will also be affected by your chosen paint scheme. Having Elites better blend into your ranks is something you’ve been asking for, and we loved the spirit of making your armies feel more cohesive. 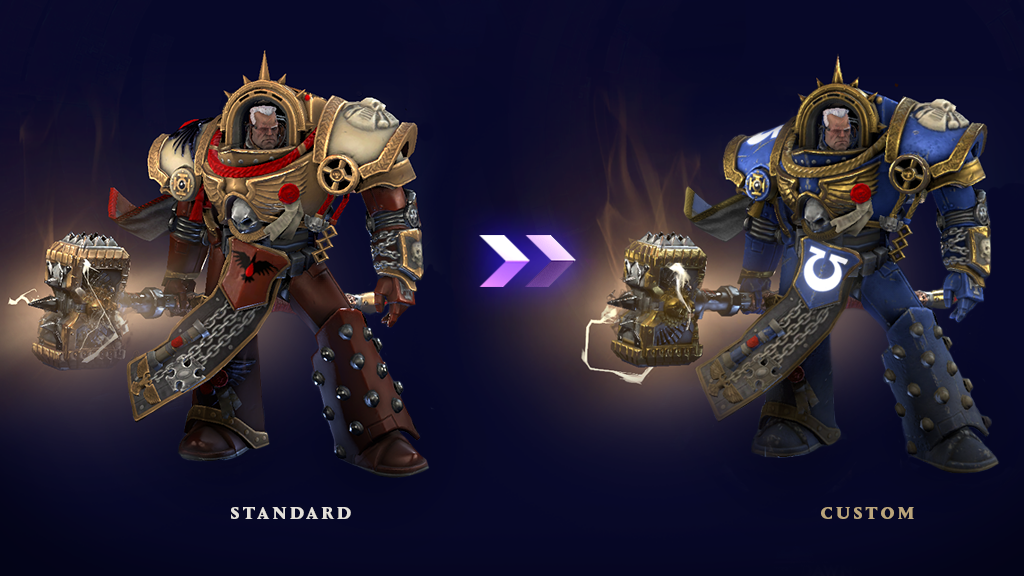 We read a lot of feedback on how you wouldn’t want Gabriel Angelos, Chapter Master of the Blood Ravens, leading your Ultramarines into battle - and hey, that makes a lot of sense! Now, campaign-based Elites can look more universal, letting you bring any Farseer into battle, instead of Macha specifically. 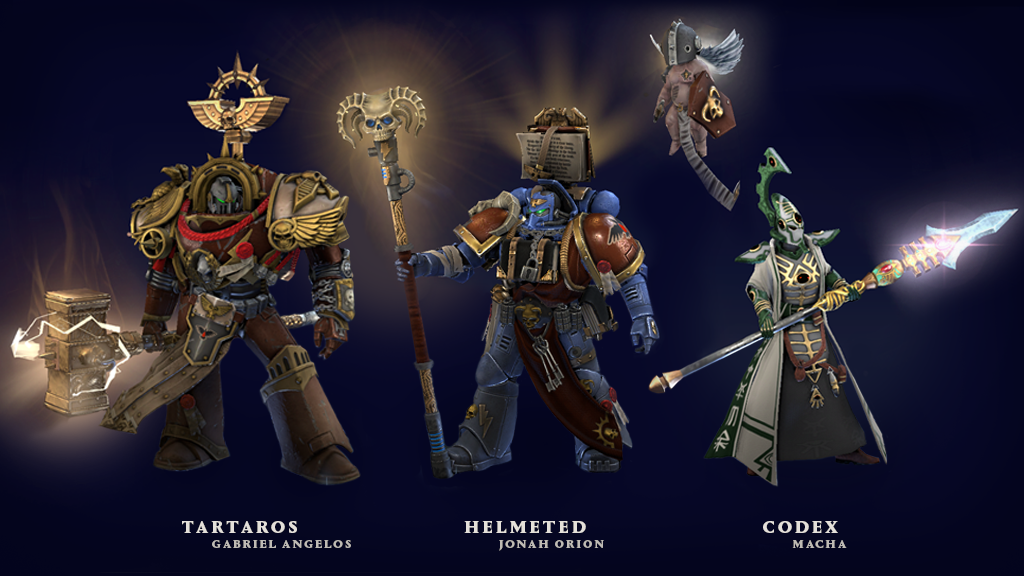 For the new skins, you’ll need to complete certain campaign missions in order to unlock them. If you already have the Imperial Knight Paladin’s mastery skin, the new look will be applied automatically. For all the Customization skins, you’ll get these just by logging in! 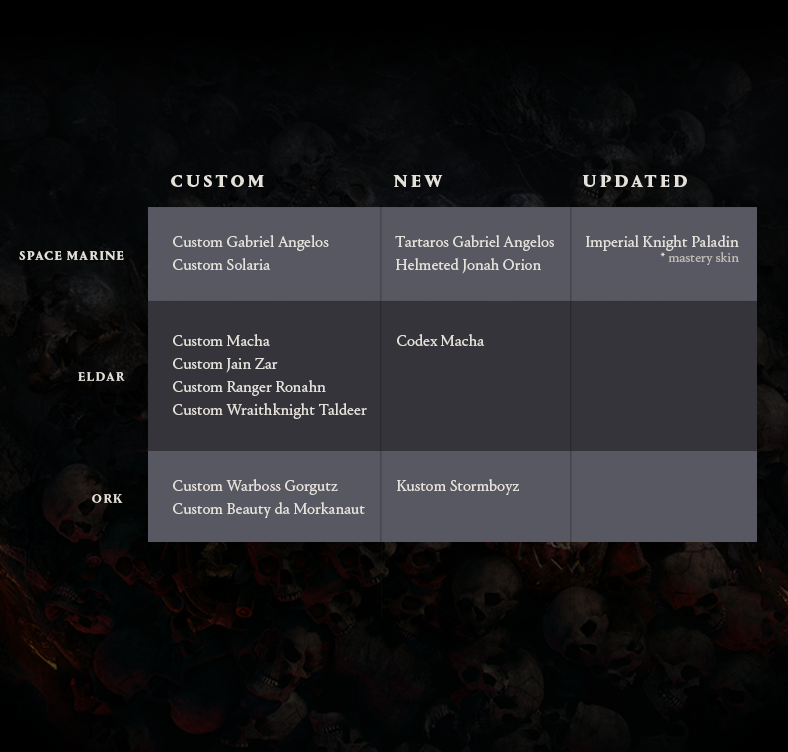 This patch will also bring a new map, Manufactorum, into the fold! Manufactorum can be played in 2v2 or 3v3 scenarios and across all game modes. Here’s a sneak peek of what to expect! 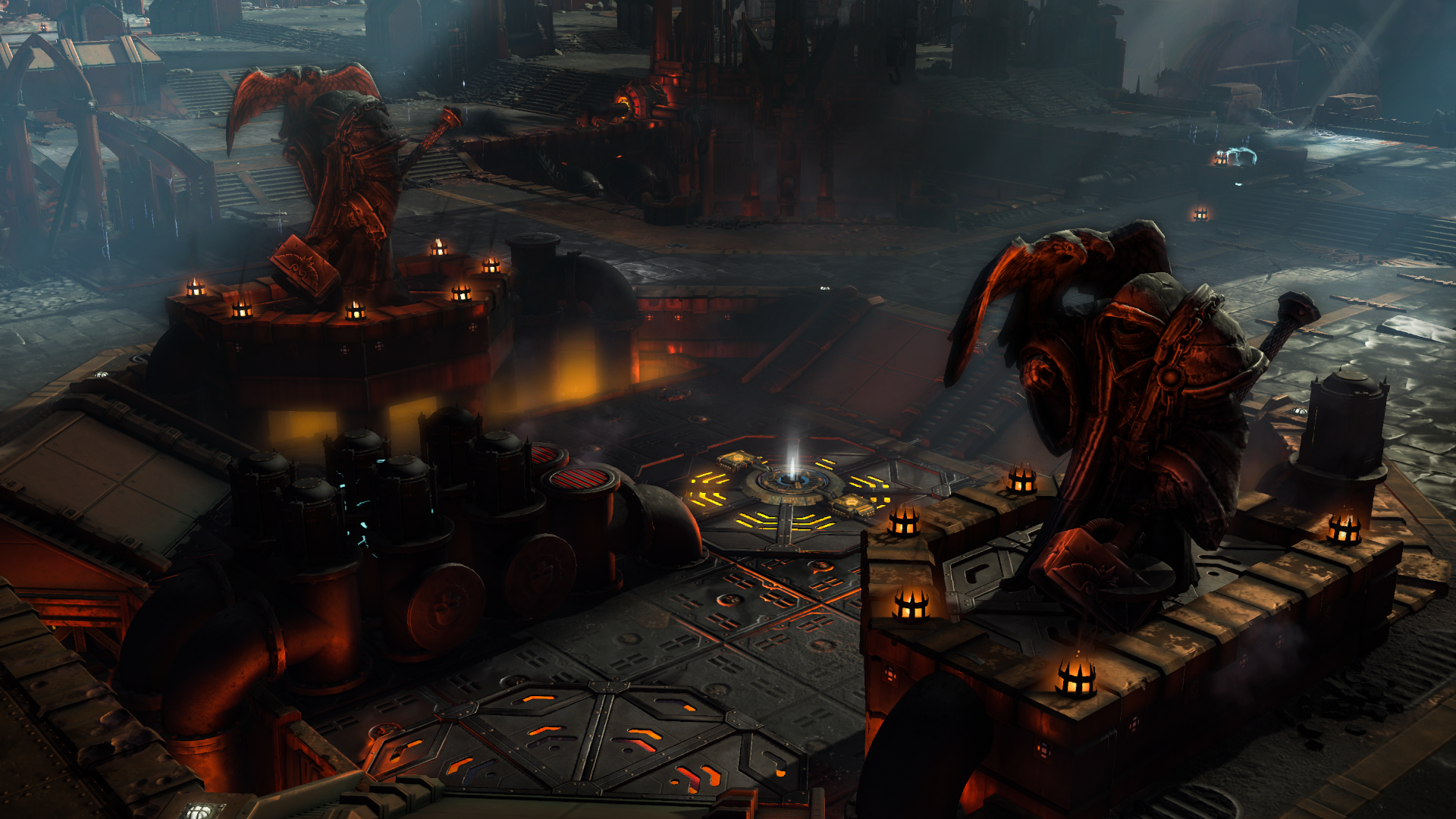 We’ve introduced some changes to Elite and doctrine selection, as well as improvements to how Elite information is displayed when you hover over their portraits. You’ll also be able to see what effects doctrines will have on your units just by mousing over them. This will help to make it easier to determine your loadout in the pre-game lobby by highlighting the differences between Elites and doctrines at-a-glance!