Part 2 , What is the RTS formula and will we see it once more ? Analysing the downfall of RTS genre.

Part 2 , What is the RTS formula and will we see it once more ?
Analysing the downfall of RTS genre.

This is the second part of my analysis what did go wrong by RTS games.
https://community.dawnofwar.com/discussion/14102/analysing-the-downfall-of-rts-genre-part-1-heresy-of-starcraft

The Problem and issues here are explained by Nostalgia Critic in my opinion very well.
Making an RTS game is always making some kind of remake, after all. 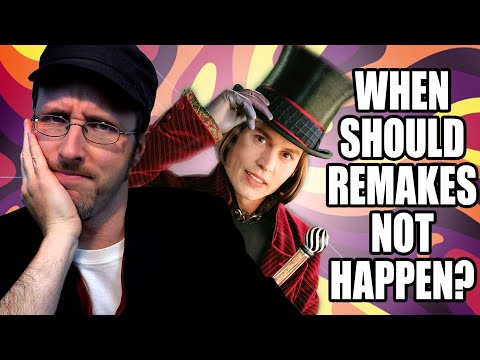 Well you gain new units to command, collect what is needed for them and defeat your opponent.
But same formula can be done in several variations.

There is no good or bad gameplay, only you can or can't sell it.
There are gameplay that are pleasant to play and some you can't enjoy for long.
By RTS it's maybe difficult to understand why, but would you for example play a shooter where you can't aim, can't jump,
use boring weapons and move in slow motion ?

People really miss RTS games the way they used and should be.

So lets think for a moment what we actually like in RTS games.

==>single player focus: the game should be entertaining by itself
==>reliable units: units that get their job done,
nothing is more frustrating like toys that do instant break and are totally incompetent
==>reliable economy: you get what you need in time , you are not bored because you are bankrupt or
annoyed to have so much money you don't know where to put that in.
==>reliable base build: lost and hire new is part of the game ,so the management for this should be handy
==>huge tactical playground: really big maps to make your decisions
==>Fair tactical Advantage: loosing side has a certain chance to win and come back, otherwise it will be boring too fast,
if its predictable how it will end and you have to waste a lot of time just to wait for the end
==>Reliable win conditions: its not boring to lose or win
==>certain gimmick ? something that does really inspire you to play the game

look for example at good games

==>single player focus: yes most characters and missions are pretty remember able
==>reliable units: units that get their job done
-you have soldiers who are good to mass-produce, to do their job
-stronger units that can stay better alive and do what needs to be done
==>reliable economy:
-the 2 refineries and 4 harvesters and you don't need ever again to worry about money. They manage to get you what you need, when you need it.
==>reliable base build: the base gives you what you need in time
==>huge tactical playground: really big maps to make your decisions, regroup and scout.
==>Fair tactical Advantage: loosing side has a certain chance to win
you can break a lot of things by your enemy, no radar=no minimap, no power plant = buildings don't work/or work way slower.
Hunt/Escort for Harvesters is really fun.
==>Reliable win conditions: its not boring to lose or win, most of your units are good at kill enemy buildings,
with shroud /no fog of war you have full sight of the map,
so kill last enemy buildings is even today not boring
==>certain gimmick ? lots of game play customisations options like game speed, fog of war or shroud (does stay revealed) etc. do provide the experience you want

==>single player focus: one of the best in gaming history
==>reliable units: -they are fast and deadly
the huge variety offers to find the kind of strategy you can use.
==>reliable economy: you get what you need in time
-first resource expansion provides you properly with resources.
==>reliable base build: the base gives you what you need in time
-lost and hire new is part of the game
==>huge tactical playground: really big maps to make your decisions and scout.
==>Fair tactical Advantage: loosing side has a certain chance to win
just somehow get to the enemy workers can slow down the enemy
==>Reliable win conditions: its not boring to lose or win
units are really fast to hunt down last enemy resistance
==>certain gimmick ? if its properly balanced you have a fun, fair and intense game experience.

DOW2/COH2 does use as this formula too

==>single player focus: its OK, the lore is properly represented
==>reliable units: -you can run away or be repaired and regroup
==>reliable economy: you get what you need in time you can replace fallen troopers
==>reliable base build: the base gives you what you need in time
well upgrade home base and energy buildings gives you tactical advantages
==>huge tactical playground: its one of the best in games history,
-lots of places where you have to fight and positions you can regroup.
==>Fair tactical Advantage: you can properly equip and upgrade your units to drive the enemy back
==>Reliable win conditions: its not boring to lose or win
-the win timer is best in RTS History
==>Certain gimmick ? the small amount of units let you focus on their abilities and what needs to be done.

No wonder DOW2 and Company of Heroes 2 are the best Sold games of all time.