I recorded a video demonstrating this issue: 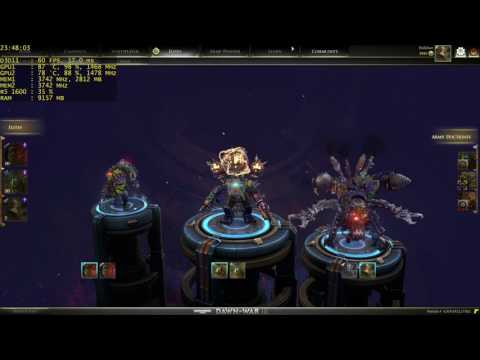 For some reason at 4K the game starts consuming a huge amount of extra video memory when certain UI elements are on screen, which causes the framerate to choke completely. This happens in the various areas of the menu, but more importantly it happens whenever the power core is attacked and the health bars "activate" which significantly harms performance during a match.

There was some menu performance stuff that was fixed in other patches, but this stuff is still persisting.

After further testing, this issue still occurs in Single-GPU mode, so it isn't SLI related.

It's purely an issue of the 4GB vRAM limitation and the UI chewing through all the vRAM despite the game itself usually using around 3-3.5 GB.