Hi all, one thing I've recently discovered that I haven't seen mentioned in the forums is the "cheat mode" game mode that only becomes visible when you launch DoW3 with the -dev launch option. I discovered this while trying out the camera mod.

The mode adds an icon to the HQ building which opens up a sub-menu, enabling spawning of buildings, units, elites, toggling insta-build, moving to the next escalation phase, granting a hefty resource lump, and even spawning things for other races. It also allows things like deleting a unit, changing it to an enemy CPU, and to preventing it from doing anything.

As you can imagine, this is a handy feature for labbing things. Testing what would win against what, to what extent before and after upgrades, etc.

It also allows you to screw around, which I'll happily admit was the first thing I had done - you can spawn an army, and spawn an enemy army (done by spawning a bunch of units then switching their allegiance). Pictured is me testing out a 1st company SM army against 3 hard ork AIs on the community bridge of helios map, with some other stuff. One thing to note, is that the new elites aren't included in the spawning system, and that the mode is power core but the game will not end when the enemy core is destroyed, so you must quit out of it (so no elite XP). 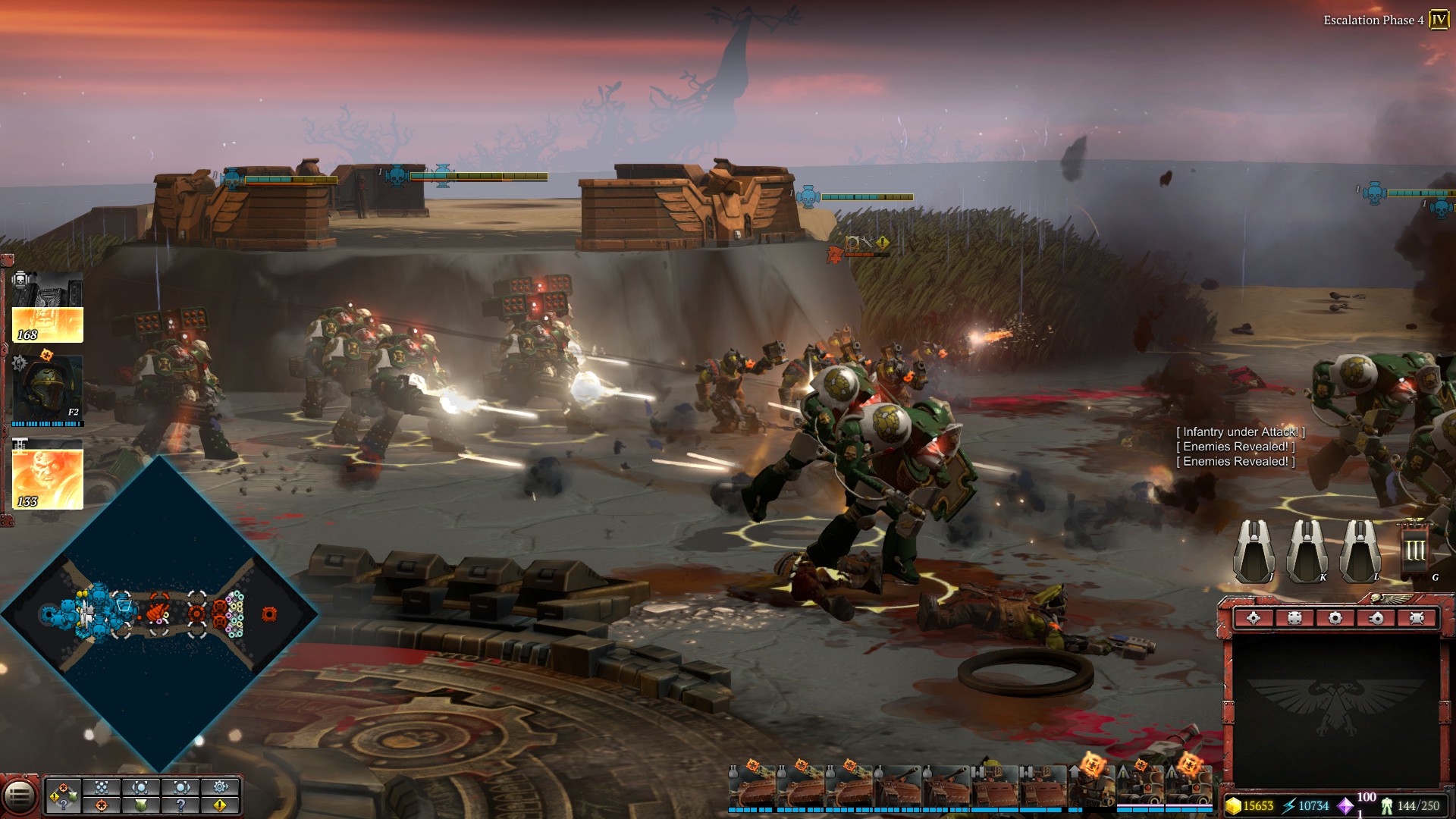 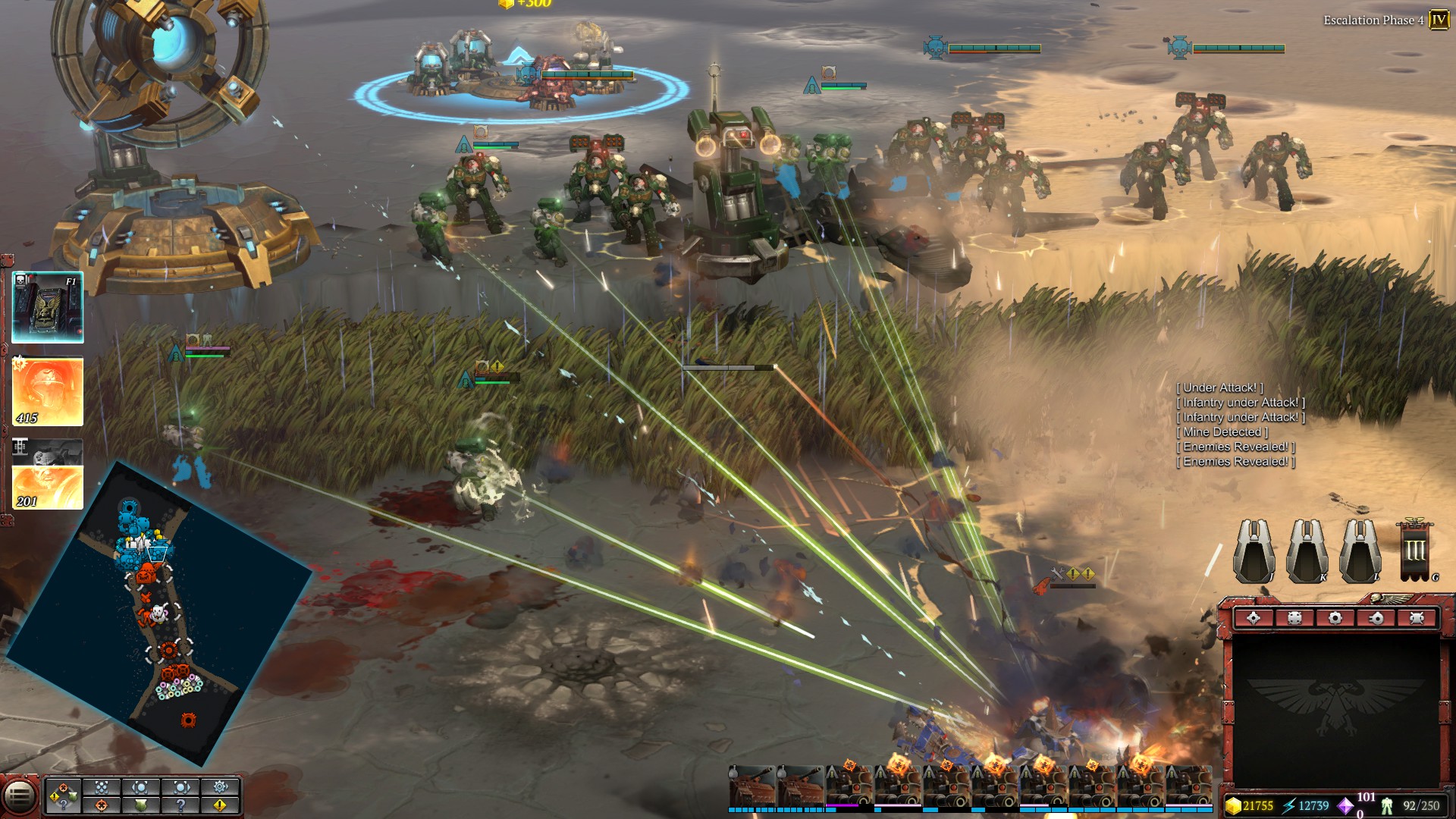 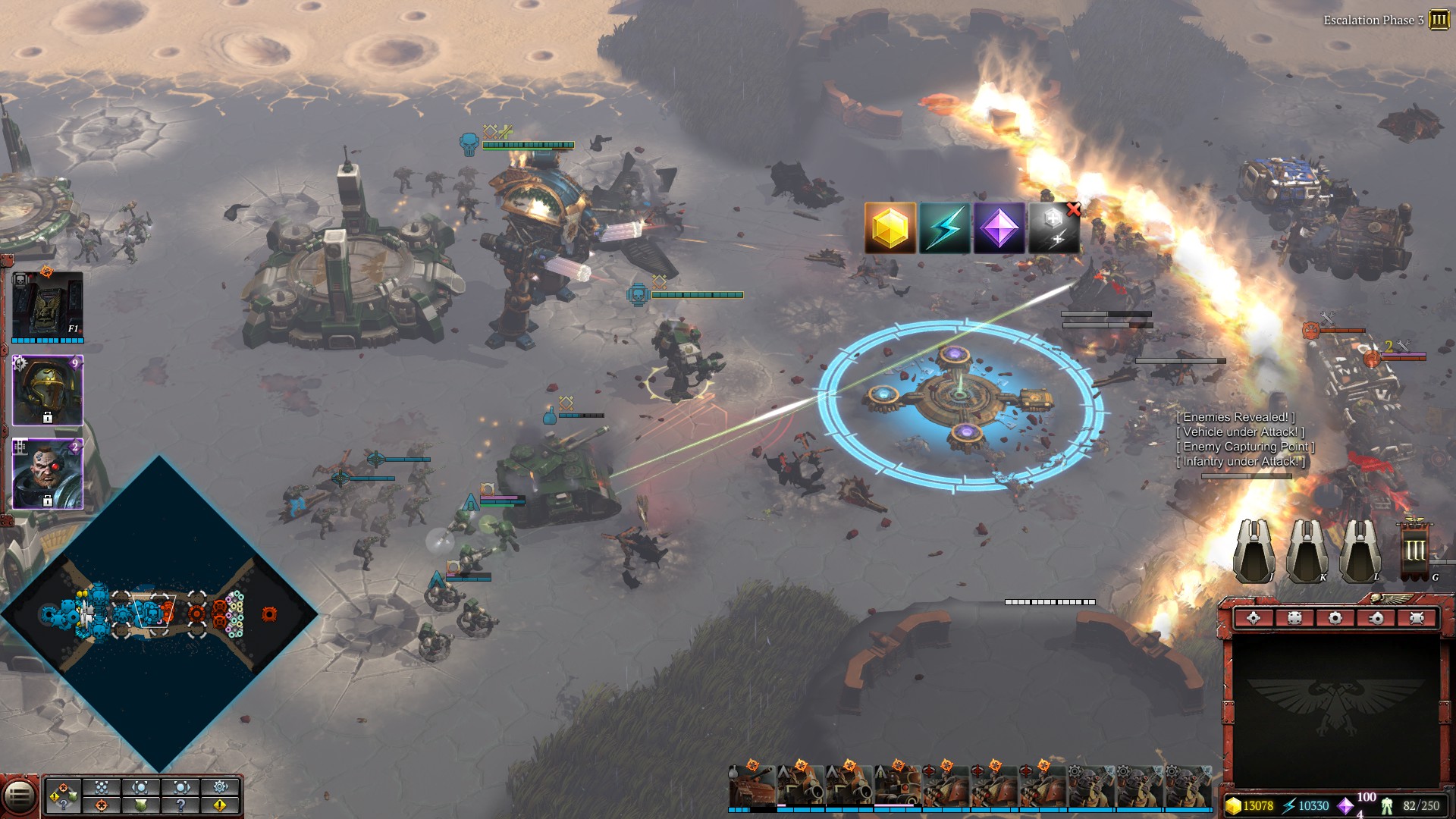 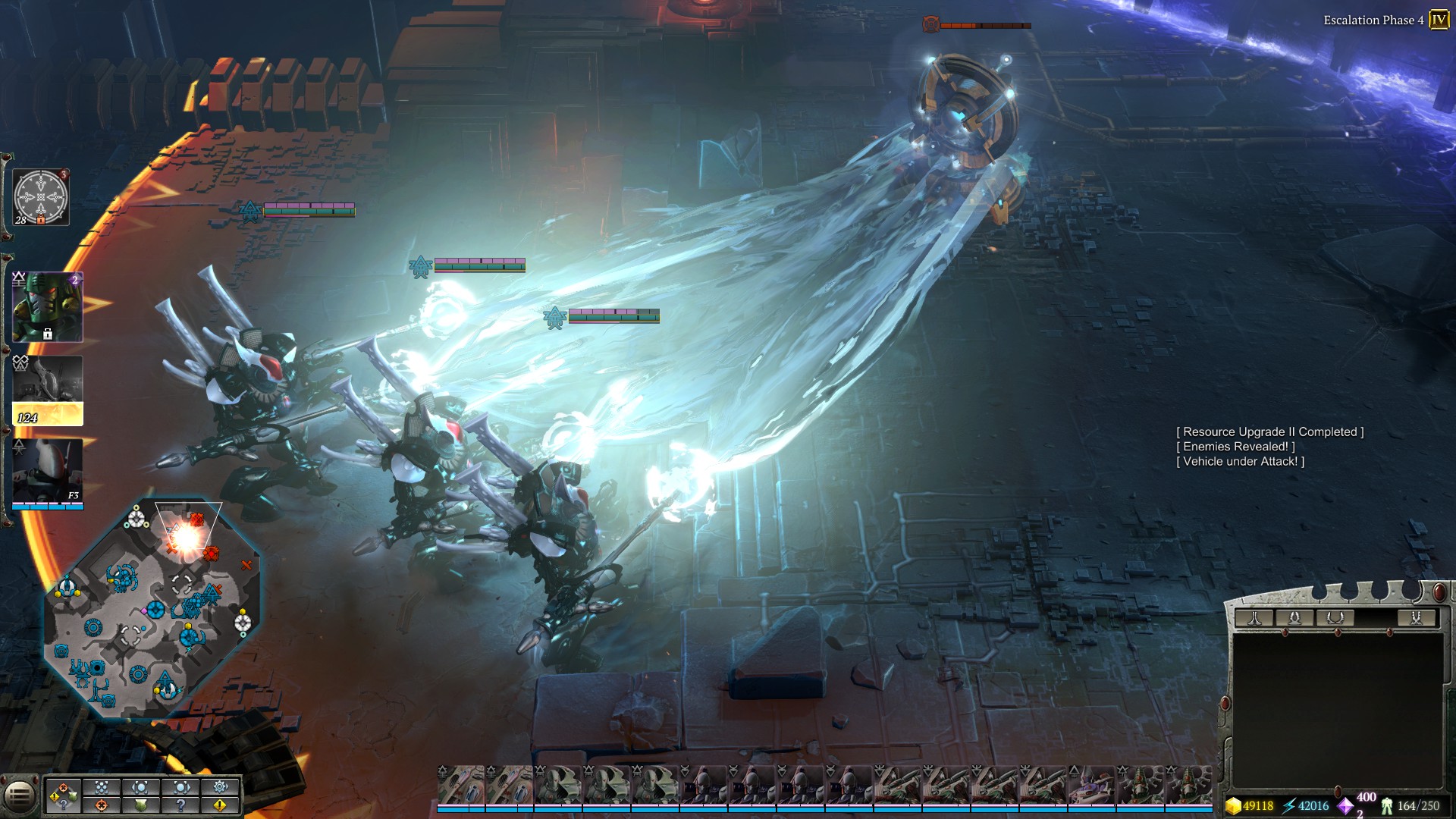