The Lost and the Damned [D]

So heres something to take your mind away from the February surprise.
What would you think about having Lost and the Damned as playable faction?

So I was thinking about the whole dilemma how would implementing both CSM and demon factions work and I realized we have third option. I kinda like Lost and the Damned and I am sad they got so little attention on TT and in the games they are often displayed as cannon fodder cultists following the CSM.
They are combination of regular IG, infantry and vehicles, with some CSM bonus in form of honor guards for lords or aspiring champions and as a bonus the bring out the denizens of warp, no bloodthirsters (not that rare here) but demon engines, lesser demons and specialized cultists nurgle/khorne etc ...

They could also be less spammy than regular IG, here is my small theory ... This game is going in similar direction like Eternal Crusade, no place for the weak, the only races in EC are high tech, super fast Eldar, durable Orks and space marines, there is simply no place for regular humans who wouldnt stand a chance in 1v1 most of the time. So same here I think necrons, csm and nids will come to this game before we get proper weakling IG. Most of the races have squads with something around 5 members so they are pretty similar, but for IG to be realistic you would need either to spam more squads or make them huge. So here comes the LD, you could make combinations of different races, demons, csm champions and other trash to make up for the 15 member squads of IG.

I think their biggest bonus is their art potential and that aside from cultists they were never used in games. You will have regular troops of mad cultists, some of them specialized in worshiping different gods, thats the usual stuff. But thats the Lost part, you also have that Damned part and here starts the real fun. You could have squads full of Loxatl as a scouts or fast attack units, RakGol when you need some heavier firepower or melees and stuff like zombies or plague ogryns. Yes you will have regular "looted" stuff from IG, but demon engines are really popular. So as your vehicles you could have Stalk Tanks, they look amazing, Stumble-guns for fast assault vehicles, also never before seen or used and superheavies similar to the Plaguereaper.

Elites would be the biggest fun, you could have squads of demons, aliens, CSM, possessed human warlords(something like Sek or Gaur). 10point elites? Lost and the Damned have tons of demon engines, siege engines, woe machines, only stuff like battle for Verghast showed around 10 things that could be used. But the whole point is that they are basically chaos orks, so just glue something together, add some spikes, eightpointed star and you are done. 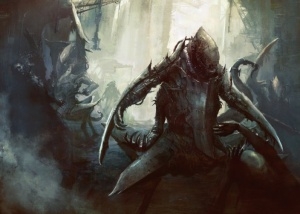 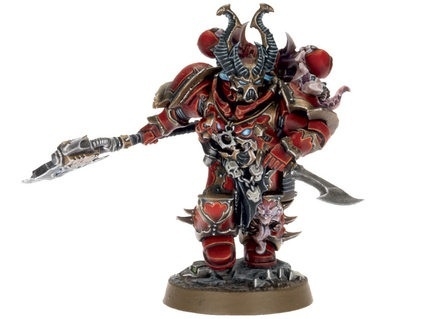 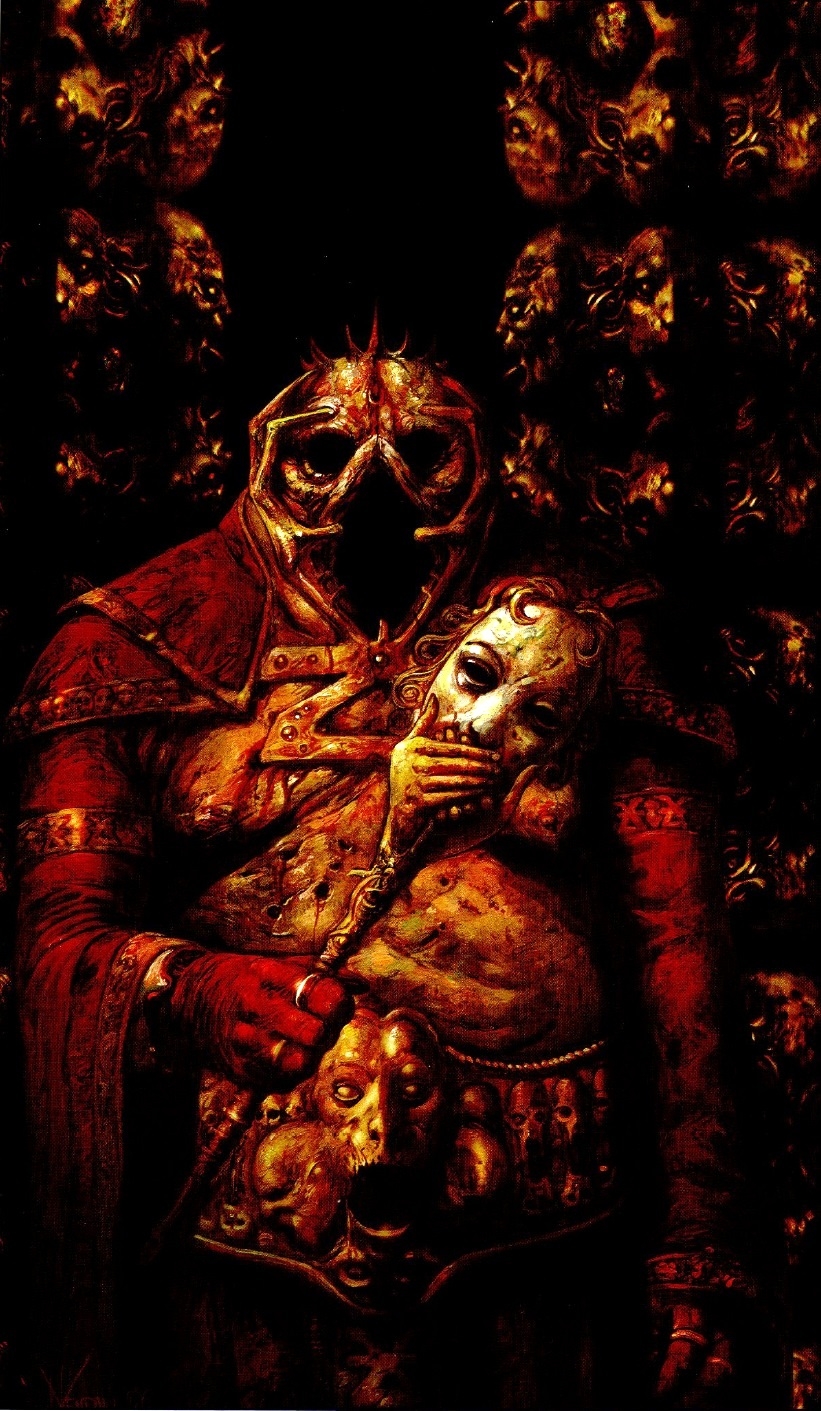 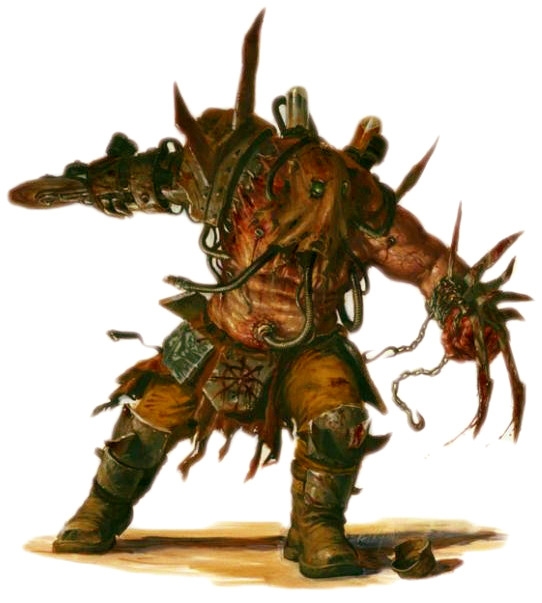 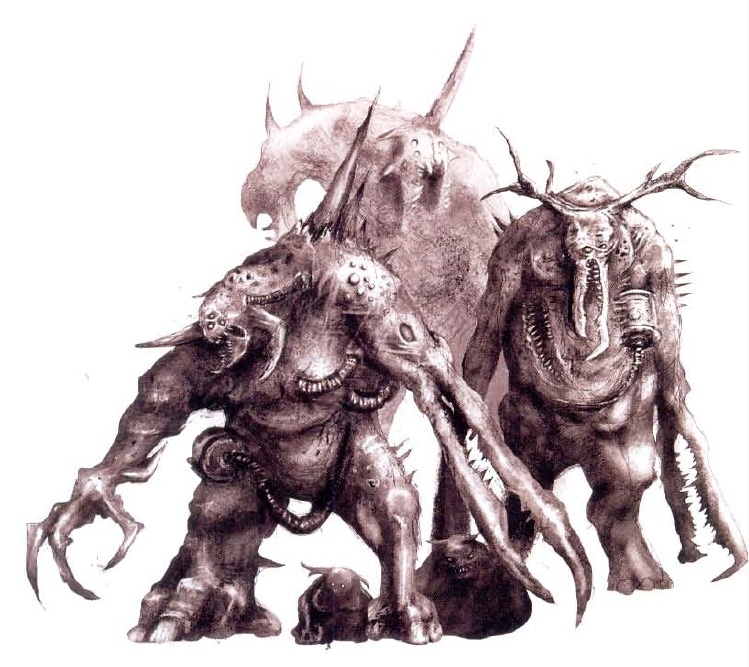 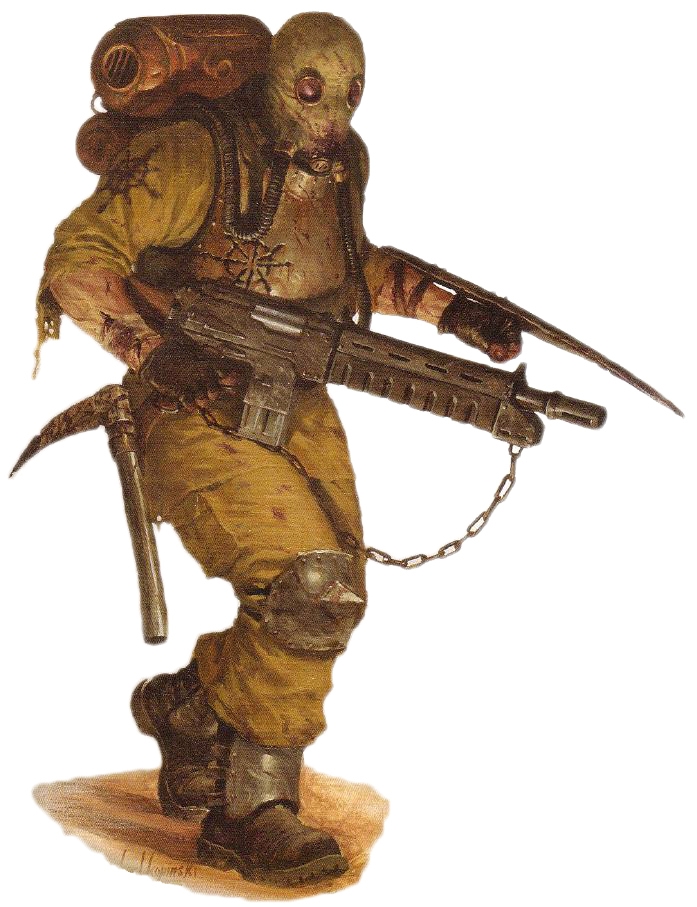 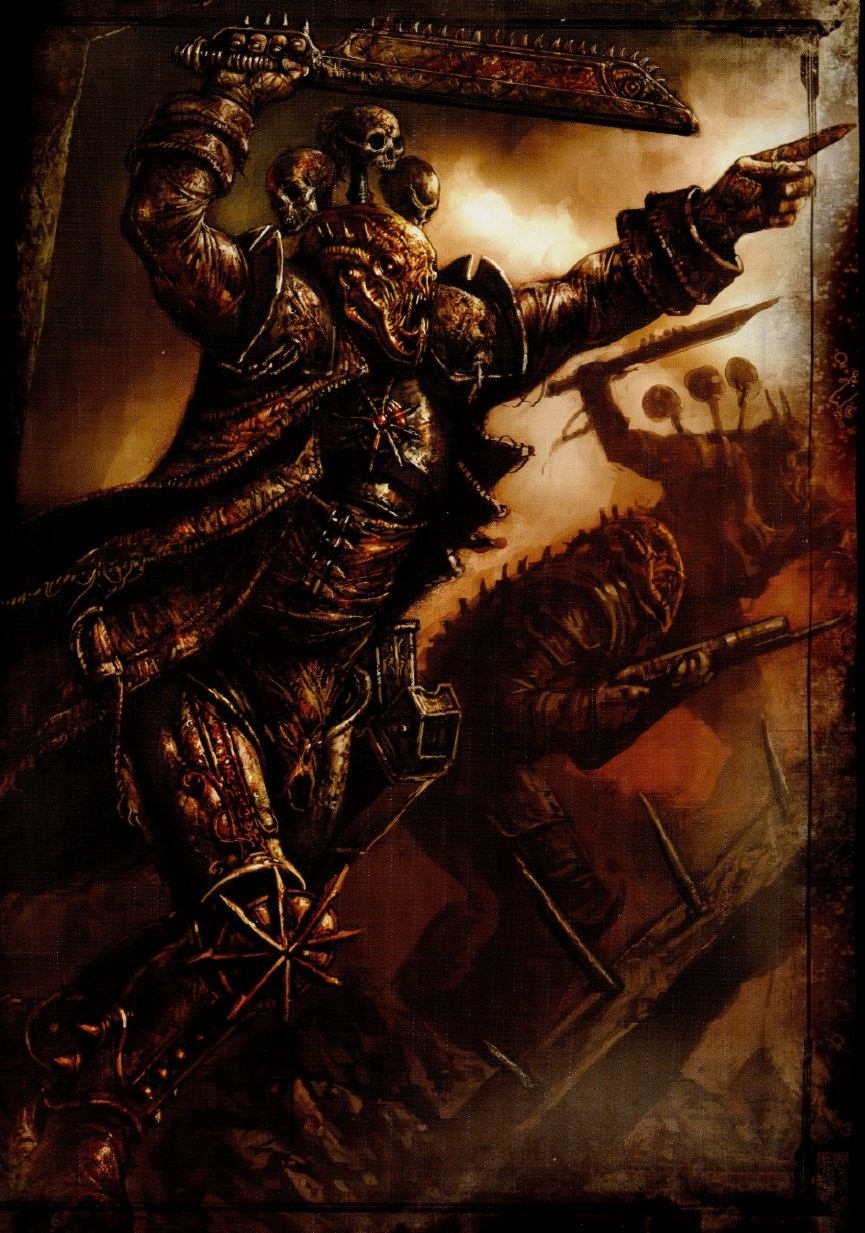 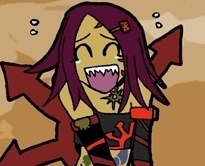 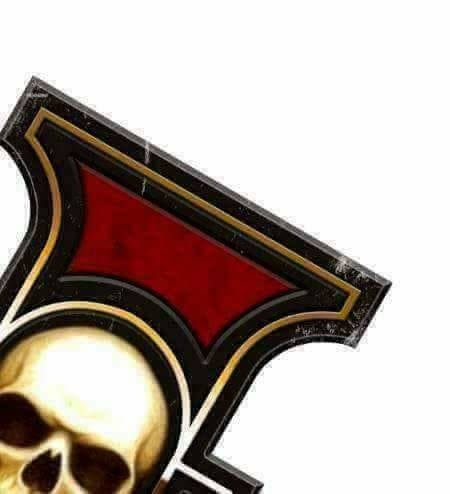 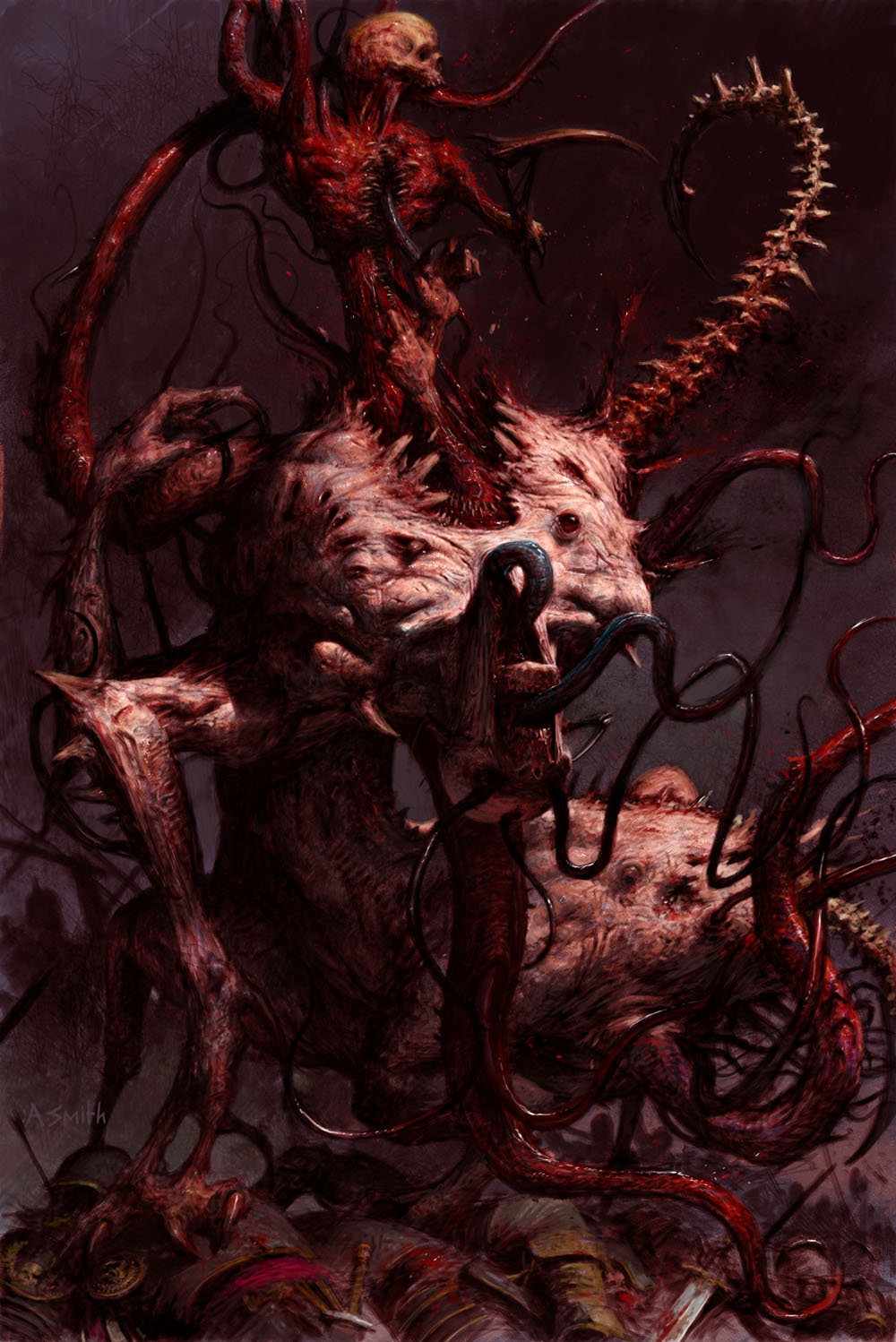 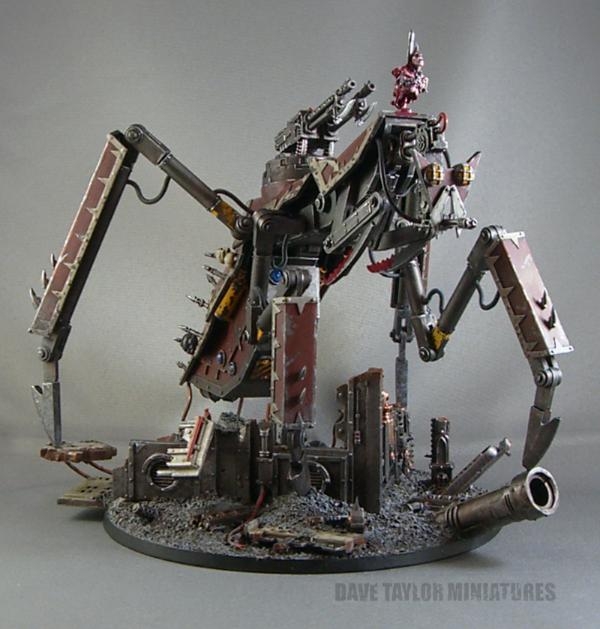 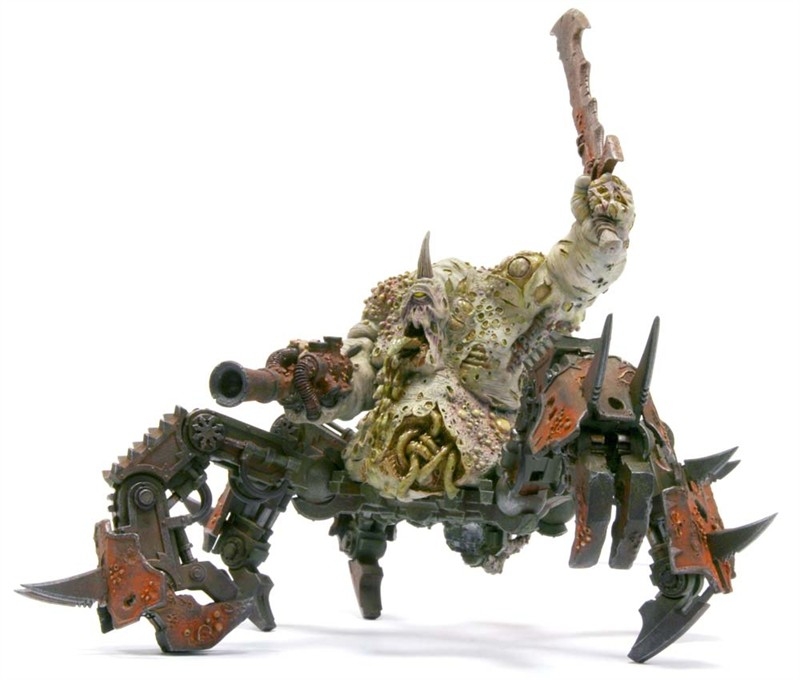 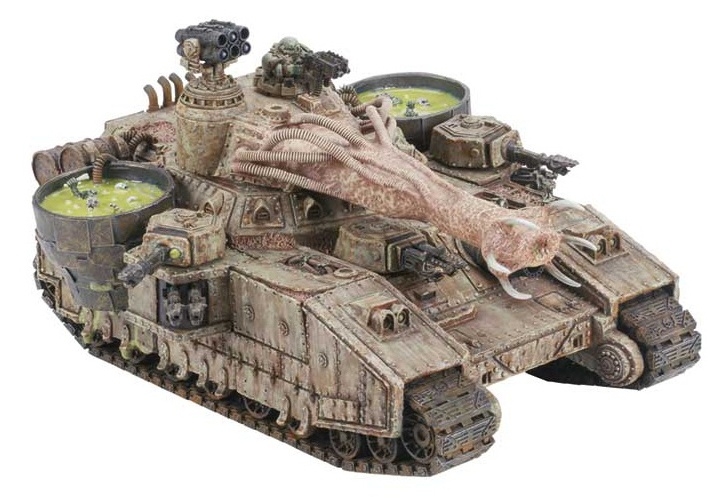 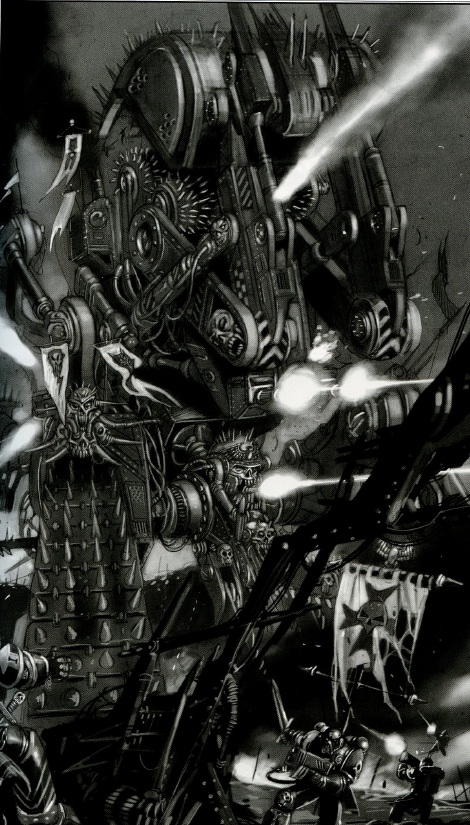