Some Dawn Of War 3 videos

Hello everyone, I want to show some epic and historical battles of 40k Universe.

The Badab War, fought between 901.M41 and 913.M41, was one of the most insidious and dangerous internecine conflicts to wrack the Imperium of Man in recent history, made all the more lamentable because the unthinkable had occurred. As a result of a conflicting nexus of honour, treachery, politics and greed, several Space Marine Chapters turned Renegade against the Imperium and bloodshed and outright civil war ensued -- a war which turned entire armies of the Imperium's most powerful warriors against each other and in doing so swept millions to their deaths in its turbulence.

Such was all the result of the treachery and hubris of the former Chapter Master Lufgt Huron of the Astral Claws Space Marine Chapter, the self-styled and infamous "Tyrant of Badab." The carnage wrought amongst the stars of the Maelstrom Zone during this conflict was such that it rocked the faith and order of untold Imperial worlds never touched directly by its violence, and caused loyal subjects to look upon their Adeptus Astartes protectors with fear. Such were the dire sins and hidden truths that lay behind the war, that a pall of secrecy and lies descended about the conflict even as it was fought.

The rebellion was eventually put down by the forces of the Inquisition and those Astartes Chapters who remained steadfast in their duty to the Emperor of Mankind, but its instigators, the Astral Claws, wholly given over to Chaos in the course of the conflict, turned Renegade and its survivors become the infamous corsair band of Chaos Space Marines known as the Red Corsairs. The Red Corsairs are led by the treacherous Chaos Lord named Huron Blackheart, a vicious Champion of Chaos Undivided who is now nearly unrecognisable as the once-noble Lufgt Huron. Blackheart and the Red Corsairs currently dominate a large Chaos empire within the Warp Rift known as the Maelstrom in the Eastern Fringes of the galaxy. There Blackheart plots his vengeance upon the Imperium and prepares to build a new empire dedicated to the Ruinous Powers that will bring the demesne of the Traitor Legions within the Eye of Terror to shame. 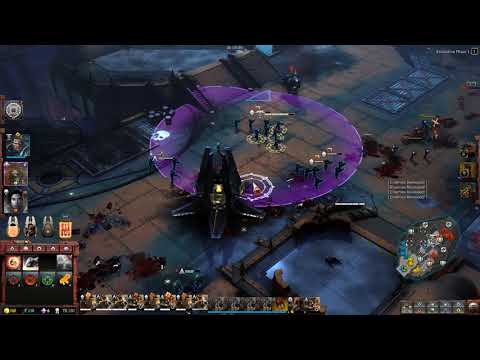