How to Improve Dawn of War 3 to get from "mixed review" to "mostly positive".

Some of you may ask: how dare you make suggestions about Dawn of War 3 if you didn't even play it? I didn't play it myself but I looked at the gameplay and did my research about the game and came to the conclusion that it's not worth buying in the current state it is.

The failure of Dawn of War 3, let's be honest, the game was a failure, it didn't sell well and has mediocre reviews, the point of admitting is that you can improve on your mistake, was that the Dawn of War series was never supposed to be a MOBA, anything similar to a MOBA or attempt to be a clone of Starcraft 2.

Dawn of War 1 and Dawn of War 2 are fundamentally different. Dawn of War 1 is focused on base building, management and picking the right units for the right job while Dawn of War 2 is focused on frontline combat and unit-based tactics. But they are still at their core strategy games with a lot of maneuverability. Dawn of War 3 on the other hand has lost that core, it feels more like a MOBA and indeed the multiplayer maps are structured like that of a MOBA game. Not saying this is bad, it is bad because there is only this, there's not much content apart of that.

The main problem is: There isn't any other way to play Dawn of War 3. There isn't much content apart the Power Code mode with moba-like lanes maps. It breaks the experience for players who just wanted a strategy game with more freedom, familiar to Dawn of War 1 and Dawn of War 2. Classic game modes, open maps, multiple teams. And possibly even a Last Stand mode.

This video summarises it well, while I will explain the solutions to all of these: 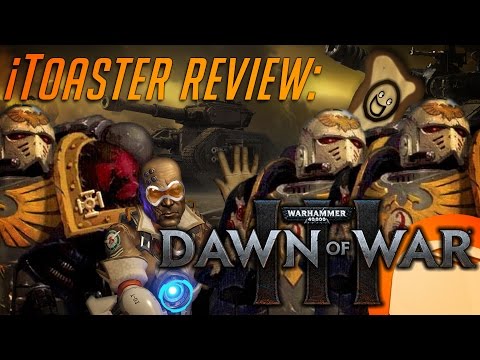 Solution: add more multiplayer content, specifically:
1. More multiplayer game modes: Annihilate (to the death), Control Area (control over 66% of Strategic Points for 3 minutes), Destroy HQ (destroy only the base building), Assassinate (kill the commander), King of the Hill (hold the middle of the map for a total of 10 minutes).
2. Various team setups: Free For All, 2 Teams, 3 Teams or 4 Teams.
3. Open maps like in Dawn of War 1 and Dawn of War 2, unlike the moba-like maps we currently have.
4. Add defensive structures in the game, such as turrets.
5. Add a Last Stand mode and maybe a co-op campaign.
6. Get rid of the griding economy.
7. If possible, drop the price and if you have to make microtransactions, make them cosmetic only.

Keep the game's lane-based moba-like maps for Power Core mode, but apart of that, make proper strategy game maps and game modes, shift this game's focus from a similar to moba to a proper strategy game, it has potential, otherwise I wouldn't have made this topic. Get rid of the grinding economy, this is the worst. And if you want to go the extra mile, copy Dawn of War 2's content model of Last Stand mode and Co-op Campaign.