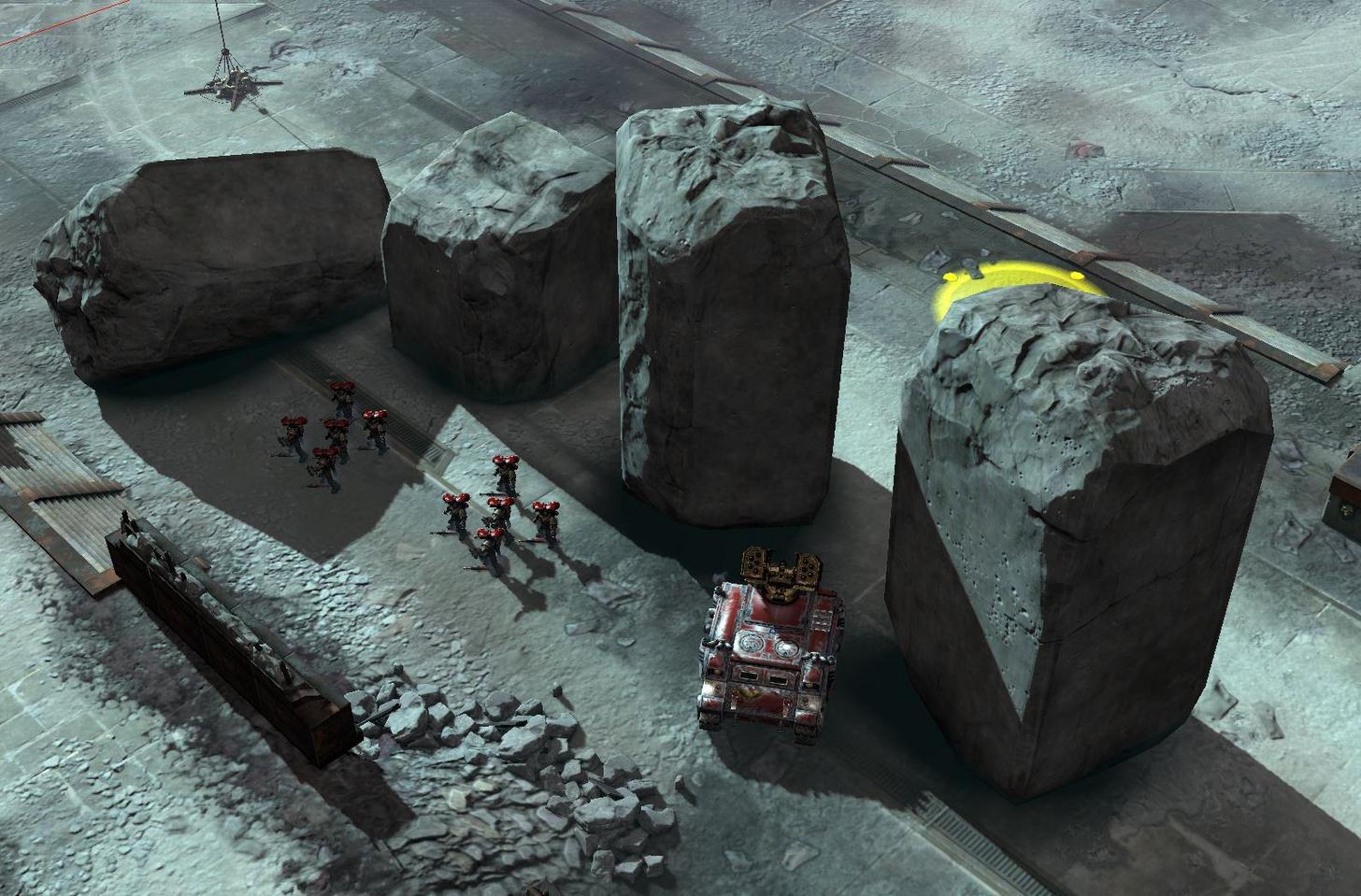 Found this screenshot of early build on Michael Kessler art site, one of relic artists.
http://www.artmdk.com
It's looks like completely different, other style, graphics, has physics and environment cover. Maybe just try you luck again, relic?